In 2020, BUILD began exploring the feasibility of bringing our entrepreneurship education programming to Pittsburgh, Pennsylvania. Through the support of the Richard King Mellon Foundation (RKMF), BUILD conducted a comprehensive Landscape Analysis Study (Study). The Study found a need, and opportunity, for youth entrepreneurship education in Allegheny and Westmoreland Counties. With the support of a four-year RKMF grant (2021-2025), BUILD has two full-time staff located in PA who are working with schools, community-based organizations (CBOs), out-of-school-time providers (OSTPs), and the community-at-large to establish a sustainable presence of BUILD in Allegheny and Westmoreland counties.

BUILD Pennsylvania showcases that dreaming big, working hard, and persistence is in all of us. As we move forward, we will continue to inspire and empower under-resourced students across the Greater Pittsburgh Area to achieve their full potential and help build a brighter, more equitable, and interconnected society. Aaliyah Taylor and Sierra Fisher are both 8th graders at Penn Hills Charter School of Entrepreneurship. On Saturday Light Brigade Radio, they share their BUILD experience as the 1st Place Winners of the 2022 Southwestern PA Youth Pitch Competition.

Watch Them In Action! Team Next Step Generation Representation from McKeesport High School takes second place at the SWPA Youth Pitch Competition (2022) with their idea for a multi-media campaign for minorities in the fashion industry.

Listen To Their Experience 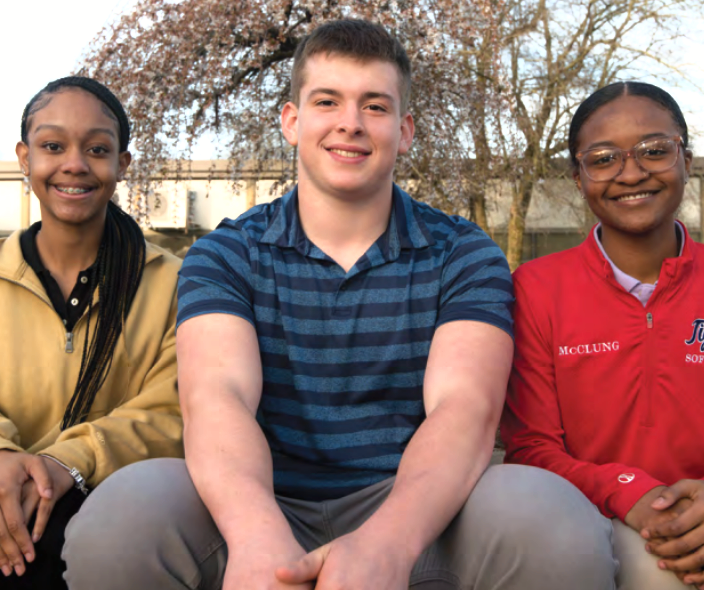 BUILD Students Amyca Wilson, Colin Scharritter, and Aliyah McClung are high school students from McKeesport who were featured in RK Mellon Foundation’s 2021 Annual Report. Together, the three students came up with entrepreneurial solutions to bring attention to their home city. Our wonderful Richard King Mellon Foundation friends have released their 2021 An... Coded by Kids is creating opportunities for underrepresented young people to bec... Article by The Plug: A New Program is Encouraging Philly Teens to Become Technol... Article by Al Dia News. There are many different industries that young individua... Coded by Kids Partners with BUILD.org on Innovation League for Philly Youth

In partnership with Coded by Kids and BUILD.org, 1Philadelphia initiative create... Only one day left until the three finalist student teams present their final pit... Emily believes that engaging, real-world workforce development training for young people is the key to social, economic, and educational equity. For fun she enjoys travel, food, music, reading, playing with dogs, laughing with friends, and encouraging self-compassion and accountability. Emily holds a bachelor’s degree in Anthropology and Theatre Dance from the College of Wooster. As a former Political candidate, Criminal Justice Reform Program Director & CEO, Educational Administrator, and also an established transformational leader in both the private and public sector, Lamar Blackwell joins BUILD as the Founding Director with a plethora of relevant relationships and invaluable experience. Lamar has had an amazing track record of reforming broken communities through administrative duties. He attended the 9th-ranked dual-degree graduate and law school program in the United States, Georgia State University. Lamar also received his undergraduate degree from Morehouse College in 2016. Lamar has mastered the ability to maximize equity through creating, influencing, and operating policy that justly allocates resources to under-served residents, students, and communities. He is an accomplished professional with extensive experience advocating and campaigning to mitigate injustice for individuals by leading social justice organizations, schools, and social service agencies. The unmatched ability to connect community partners, potential funders, and regular people to a product has helped Lamar Blackwell establish himself as a “widely-recognized” dynamic leader throughout the region.

Mr. Blackwell was born and raised in one of the most impoverished neighborhoods in the Northeast; at one point he attended one of the lowest-performing schools in Pennsylvania, Peabody High School. He states “of all the friends I grew up around, I’m the only one who is currently walking the streets free. Half are dead, half are incarcerated, but it started from the time we were students.” Lamar realized that being born into an unsatisfactory environment, with little resources would lead many to a life of self-destruction. He noticed that many of the friends he grew up with were struggling due to the fact that they were not connected to the work they were doing and didn’t have a chance to create opportunities for themselves. At that point, Lamar dedicated himself to fighting for equity and opportunity for those who are unable to fight for themselves.

Lamar has served numerous low-income communities and transformed the minds of many speaking professionally to over 900,000 people and raising millions of dollars for low-income residents and nonprofit organizations. Lamar has created strong networks, working alongside diverse groups of people, ranging from troubled minority students to formerly incarcerated individuals. Lamar looks forward to serving BUILD and helping change the trajectory of the lives of students through informal education.

Thank You To Our Partners